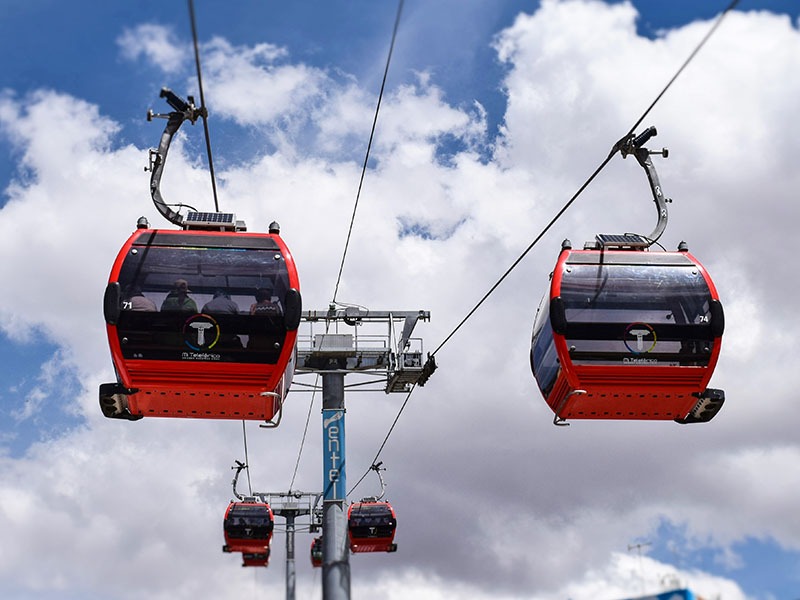 Welcome to Bolivia. You are met upon arrival by our Bolivian representative and transferred to your hotel, the first approach that you will have will be the cable car connection from El Alto on the Yellow line.  We start off our exploration of the city by looking at the physical structure and syncretism and the striking contrasts of this highland city, we set off to look round the historical centre of the city where we can see the Spanish influence in the two separate cities they set up either side of the river during the colonial period – the city for the indigenous people and the city for the Spaniards.

After breakfast  We take a look at the Plaza Murillo with the Legislative and Government Palaces, walk a couple of blocks to the Calle Jaén.  We will take a break for a typical lunch, at Ali Pacha (table reservation), meaning Universe of Plants in the native Aymara language, this exciting new restaurant has a menu entirely based on plant products, with the aim of showcasing under-used produce and championing micro-producers from around Bolivia. We will visit the Witch’s Market, where mysterious treasures await around every corner.  We leave behind the buzz of the city centre and float down to quiet residential neighbourhoods before visiting the Valley of the Moon to see lunar landscapes and natural geological formations sculpted by erosion. We will visit the workshop of a renowned artist or, if art is not your passion, we can visit the best alpaca and vicuña fashion houses and enjoy the best of Bolivian jewellery. At the end of the afternoon we have a tasting tour of Bolivian coffees and traditional pastries 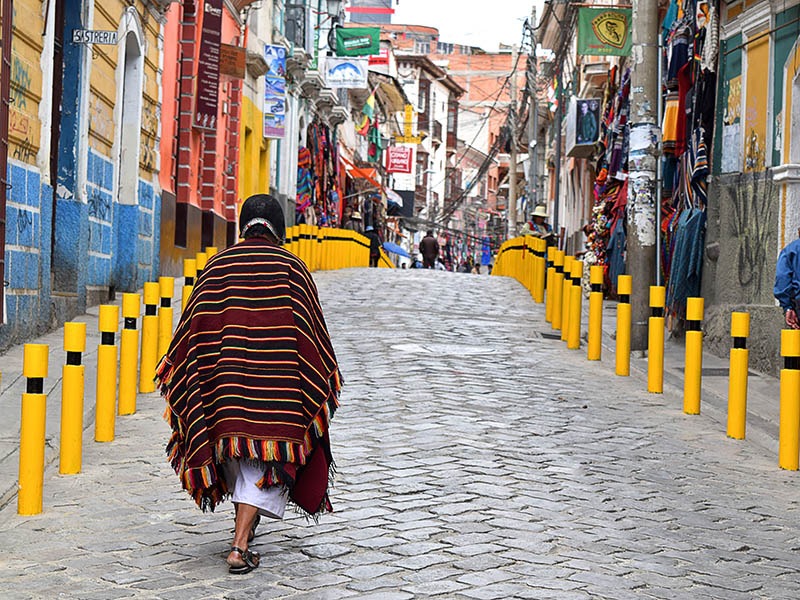 Early transfer to Lake Titikaka, located high in the Andes Mountains, shimmering Lake Titicaca straddles the border between Bolivia and Peru. Lake Titicaca is one of the largest fresh-water lakes in South America and also holds the distinction of being the highest navigable lake in the world, at an elevation of 3,810 meters above sea level. This is where the Inca civilization originated and lived and there are many ruins dating back to the Inca and pre-Inca eras. A narrow straight separates Lake Titicaca into two bodies of water.

Today we will take you to see the smaller lake, called Lago Menor. Here you will be welcomed by a local Aymara family who will introduce you to the Aymara customs and traditions, you will learn about the famous Titicaca Reed Boats and we will visit one of the most significant archaeological finds in recent years on the tiny island of Pariti, in the middle of Lake Titicaca. What they discovered was both incredibly exciting and puzzling! In a single excavation site the team uncovered between 350 and 400 pieces of ancient pottery dating back to the Tiwanaku Empire. It was amazing to find so many precious artifacts in a single site, but what was even more intriguing is that nearly all the pottery had been smashed to shards before it was deposited in what is thought to be a ceremonial sacrificial pit. They also found llama bones in the pit and the most popular belief is that the animals and pottery remnants were ceremonially buried to honor an ancient deity.

On the island we will take you to the small Archaeological Museum to see the collection of 268 pieces of restored pottery. The quality of these remarkably crafted items is quite extraordinary when you consider that they are over 1,000 years old! The pottery bears images of pumas, monkeys, condors and imaginary creatures, all of which were significant to the Tiwanaku religion and culture. Day to day life on Pariti Island has not changed very much over the last hundred years – meeting the local Aymara residents on the island is like stepping back in time. You will have the opportunity to interact with the local community and learn about their life, which is mainly dedicated to fishing and farming. You will learn about (and taste!) a variety of dried meats and potatoes they produce, which are a vital part of their livelihood.

Early in the morning transfer from La Paz Airport to Uyuni. Once we arrive transfer to  the Salt Flat past a small settlement where the locals process salt. We will not stop as we are aiming to get to the middle of the Salt Flat to see the lagoons (“eyes”), salt mountains and salt blocks. This singular route takes us into one of the world’s most isolated areas where we will be alone surrounded by a glittering white landscape. After a couple of hours arrive at Isla Lomo de Pescado to look at giant cacti and the birds and vizcachas that have made this island their own. Our chef will prepare a buffet of delicious local products for lunch that will be made in the middle of the salt flats,  then we will move on to the Galaxias Grotto (natural coral formations) to visit a pre-Colombian cemetery and enter caves to see weird and wonderful rock formations. In the afternoon take one of the hundreds of routes across the Salt Flat to watch the sun go down in a blaze of intense colours. After dinner we will pick you up for an starry night you will have the opportunity to observe the sky with professional telescopes 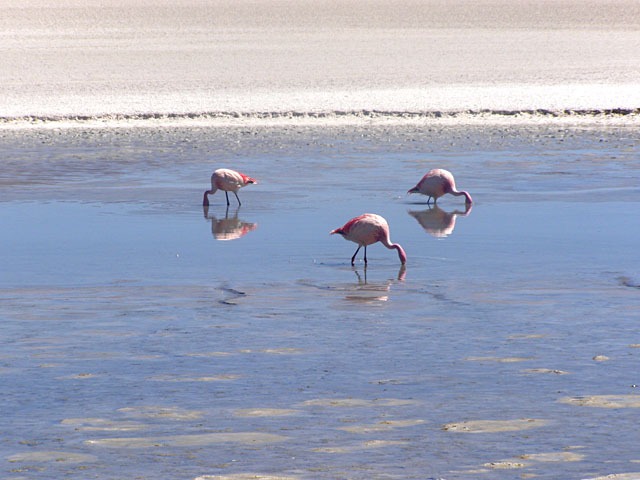 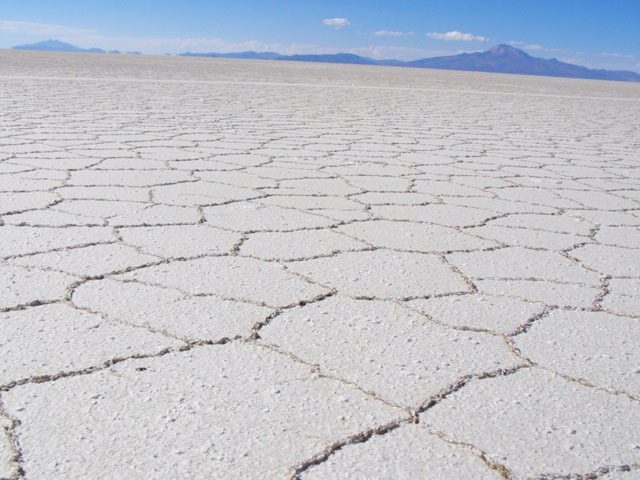 A new day dawns and after a enjoying a good breakfast we journey into the middle of the salt flats. For Andean people, the stars and the hills are alive and are used to read the seasons and weather. Along our way we are watched over by the powerful Tunupa Volcano. This land is the land of the Lipez, a pre-Columbian culture that lived here around 1000 BC. We will visit the Museum of the Mummies of Chantani and Coquesa, see different landscapes within the salt flats and enjoy the scenery. After a traditional buffet far from any civilisation, we will walk to the Chillima look-out point and the Pucará ruins. At the end of the afternoon we will go back to the hotel, and after dinner, if the sky is clear, our guides and drivers will be waiting for us to look at the Milky Way and explain us about Andean astrology best seen in this unpolluted night sky and best appreciated with a cup of frothy hot chocolate warming our hands. (B, L, D)

The pre-Inca ruins of Tiwanaku are a splendid example of one of America’s most important cultures. Some of the well-preserved examples of the Tiwanaku culture that you will see and learn about on the site are the Gateway of the Sun, the Pyramid of Akapana, the Temple of Kalasasaya and the Semi-subterranean Temple, and you will have the chance to visit the archaeological site’s museum to see pieces of unmeasurable wealth and understand with your guide’s help the relation between Tiwanaku and other empires and connections with the world of that time. Stop off at the village of Laja, where the city of La Paz was originally founded. 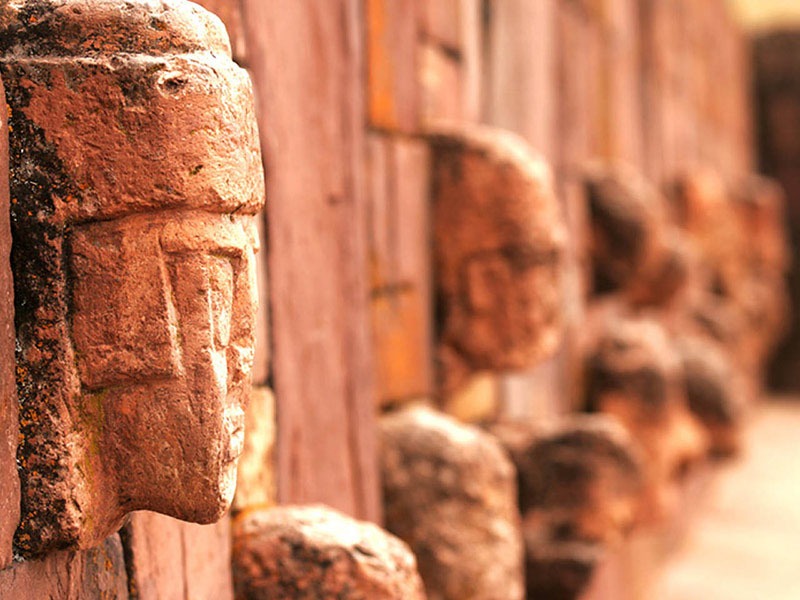 At a convenient hour, transfer out

The secret of getting ahead is getting started.” – Mark Twain.