Cholitas Beyond The Andes

The word “cholita” was once a derogatory term which was used to describe the indigenous women of Bolivia. These women were mainly from the Aymara and Quechua tribes, and were a marginalized group in Bolivia, particularly in the cities where they were widely considered to be of a lower class and mainly worked as cleaners. As recently as the early 2000’s, these women were often ridiculed, barred from using public transport, restaurants and taxis and prevented from entering certain buildings. Although they have been championing their cause for many decades, a possible deciding factor which caused attitudes to change was the appointment of Evo Morales as Bolivia’s first indigenous president in 2006. Today the colorful cholitas take up their righteous place in society, where they proudly showcase their culture and traditions.

How will you recognize a cholita? Cholitas are easy to recognize! They wear a very distinctive traditional dress composed of brilliantly-colored layered skirts (polera), which usually reach to the ankles (a cholitas’ ankles are considered to be a very beautiful physical asset!). The skirts are usually made up of many meters of fabric to produce a voluminous garment, which is further boosted by one or more stiff petticoats (enegua). The outfit always includes at least one shawl, which is fastened over the women’s blouse (blusa) with a brooch. The outfit is completed by the addition of a bowler hat! There is much speculation about how the British bowler hat was adopted by the cholitas as part of their national dress – some speculate that a batch of rather small bowler hats were imported by Bolivian oil workers and when they did not fit the men, they were passed-on to the women, who thought they were rather fine! The bowler is worn on the top of the head by married women and at a jaunty angle by single or widowed women and is often decorated with a brooch or extravagant hat-pin. Under their hats, (which these days cost hundreds of dollars and represent years of savings) the cholitas wear their beautiful long hair in extravagant braids. 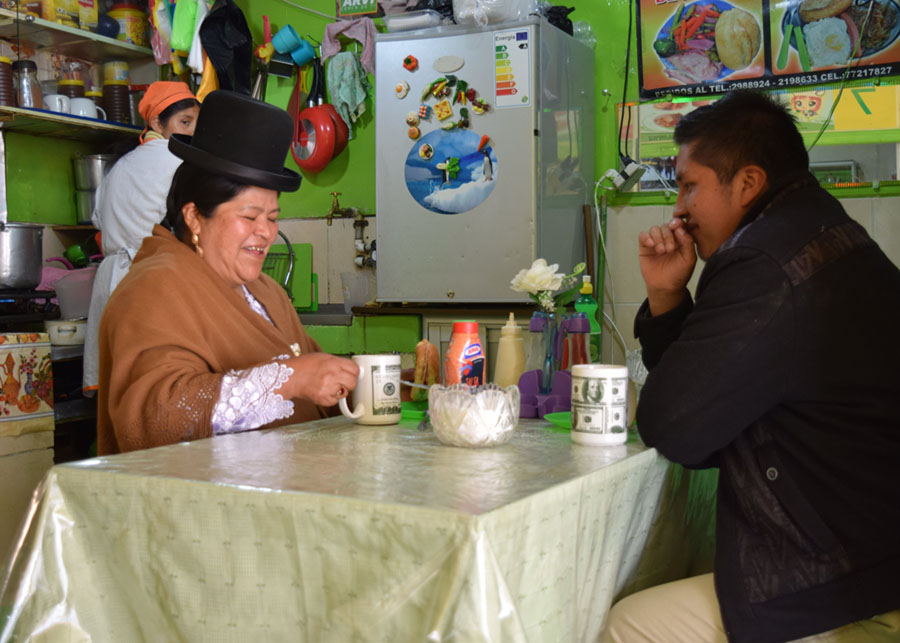 Throughout the modern history of Bolivia, cholitas have suffered hardships and discrimination; many are uneducated or partially educated (the Aymara language was not used in schools) and many started work around the age of 14 out of necessity. However, over the last decade or so the cholitas of Bolivia are slowing emerging as a symbol of the strength and determination of all Bolivian women. They now hold prominent positions in all facets of the economy including the parliament. While many are business owners, you will also find them working as journalists and TV presenters. In addition, a whole new business has grown up around their amazing national dress and there are many wealthy cholita fashionistas conducting brisk trade in La Paz. 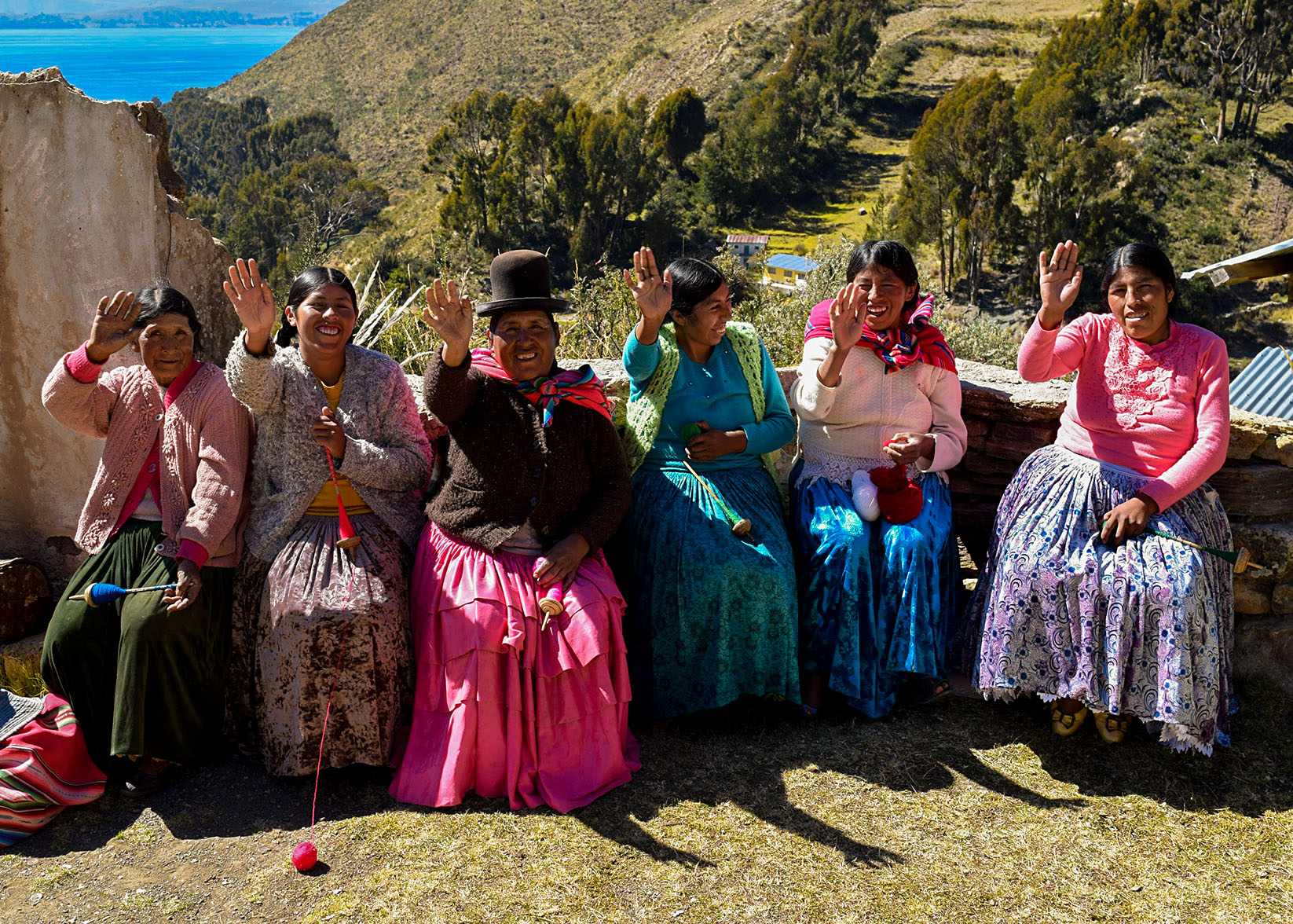 In conclusion, we do need to mention some very special cholitas who have distinguished themselves by exploring territories usually reserved for men. These include an intrepid group of cholitas who decided to become mountaineers – dressed in their traditional garments, they have taken on some of the highest mountain peaks in the Andres and beyond, and have now set their sights on Mount Kilimanjaro. There are also many cholita wrestlers in Bolivia who have formed their own wrestling association to protect their interests. You will find them directing traffic, driving busses, teaching at private schools and showing the world how proud they are of their indigenous roots. 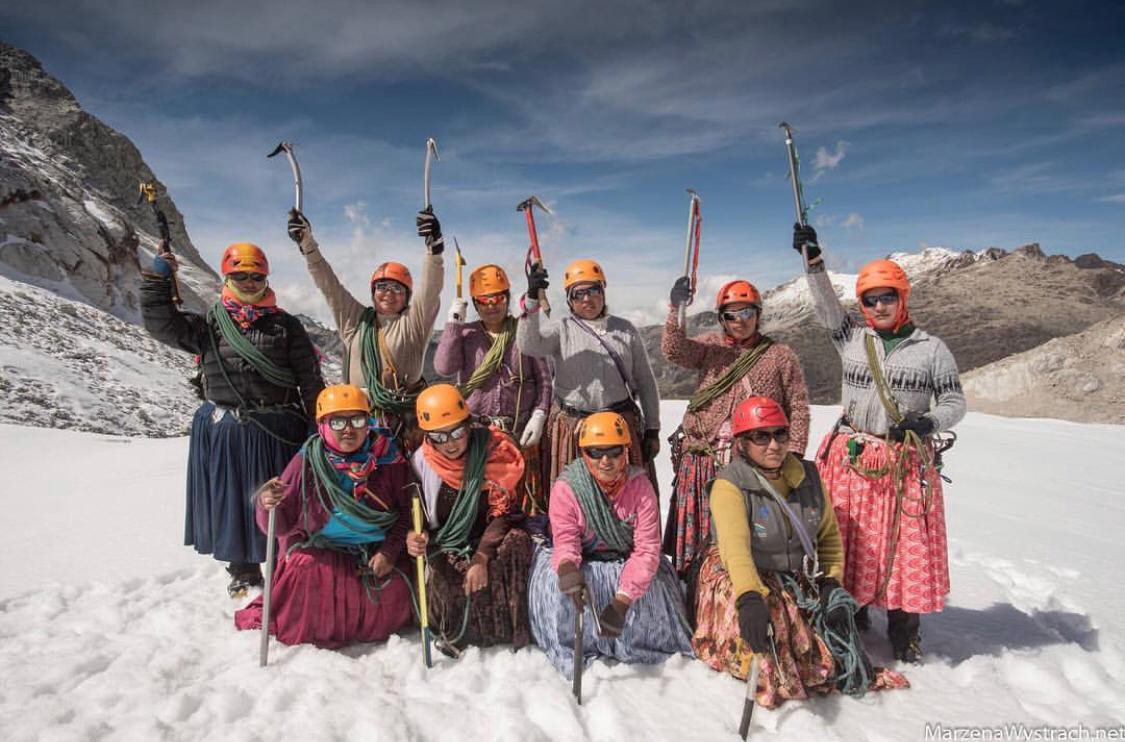